Nutrition, in the light of new scientific discoveries, plays a fundamental role in the onset of cancer.

FOODS THAT INCREASE THE RISK OF GETTING SICK WITH TUMOR 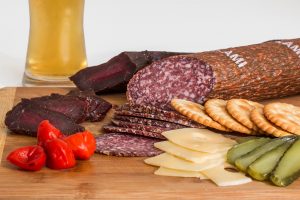 One of the main factors that predisposes to the development of cancer is chronic inflammation. There are many conditions that induce an inflammatory state: esophagitis, gastritis, ulcerative colitis, obesity, diabetes, but also an unbalanced diet. The maintenance of the inflammatory state increase the production of molecules that inhibit apoptosis (programmed cell death) and that stimulate angiogenesis (formation of new blood vessels); consequently it can favor the development of a neoplasm.

An incorrect diet, in addition to contribute to increase inflammatory processes, can also affect the production of certain growth factors that stimulate cell proliferation.

Because cancer is a disease characterized by uncontrolled cell growth and chronic inflammation, it is evident that the best way to prevent and treat this pathology is to keep the levels of certain growth factors and the levels of inflammation low.

According to the National Cancer Institute of Milan and the World Cancer Research Foundation, there are some foods that are not the cause of cancer but, for the reasons listed above, could increase the risk of getting cancer. It is important to always keep in mind that cancer is a multifactorial disease so the risk of getting sick also depends on many other factors such as genetic predisposition.

But which foods are most at risk?

Not only certain foods increase the risk of cancer but also environmental pollutants, pesticides used in agriculture, chemical additives added to canned foods and antibiotics used in farms:

The cooking method we use also can affects the onset of cancer. Especially frying and grilling should be avoided:

It is not only what we eat that affects cancer development but also how much we eat. The excessive caloric intake, in fact, increases the risk of developing various pathologies including oncological ones. The calorie restriction allows to live longer and with less physical damage.

FOODS THAT REDUCE THE RISK OF GETTING SICK WITH TUMOR

Foods, just as they represent a cause of the disease, can at the same time be a strong aid in its prevention and treatment. Proper nutrition, in fact, helps to live better and reduce the risk of getting cancer.

The foods that should never be missing from our tables, as a source of essential nutrients for health, are: